What’s New With Super – An Update on Recent Changes 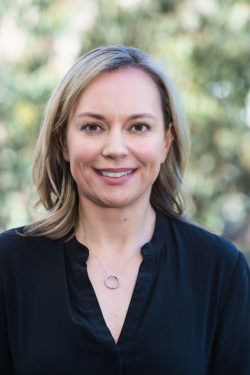 The new financial year has heralded some big changes to superannuation legislation. New laws include several measures designed to better protect your retirement savings, so they aren’t eroded by fees and insurance premiums. They also include some significant opportunities for those in early retirement.

To help you better understand what this means for your retirement savings, we’ve outlined some of the main changes below:

For those with a total super balance of less than $500,000 (on the previous 30 June), you can now make additional catch-up concessional contributions to your super fund. Eligible people can carry forward any unused cap amounts from previous years provided they used less than their $25,000 cap from last financial year. Under the new rules, you can carry-forward up to five years of unused concessional contributions caps for use in a later financial year.

From 1 July 2019, insurance within your super (including your death and total and permanent disability and income protection cover) will be automatically cancelled if the account is classified as inactive. This is regardless of the balance on the account. An account is classified as inactive if it hasn’t received any contributions or rollovers for over 16 consecutive months. Before acting, your super fund must inform you that you’re at risk of having your insurance cancelled. You can then specifically elect to keep your cover even if not making regular contributions.

If your super account has a balance of less than $6,000 and is deemed inactive (see above), it will be automatically closed, and the balance transferred to the Australian Tax Office (ATO). The ATO will then attempt to consolidate this balance with an active super account belonging to the member. If it cannot do this, the balance will remain with the ATO until it can be validly claimed. Those who have not made a contribution for 16 months should inform their super fund if they want their balance to remain in the fund.

Cap On Fees For Accounts With Low Balances

For those with low balance accounts (i.e. $6,000 or less), fees will be capped at 3% per annum. This is to help ensure funds aren’t eroded by fees and charges.

Some good news for those wishing to change funds. You will no longer be hit with exit fees. A recent report by APRA revealed that super members lost approximately $52 million in exit fees in 2016/17 alone.

Making Contributions In The First Year Of Retirement

Retirees aged between 65 and 74 (with a super balance below $300,000) can now make voluntary super contributions without meeting work test requirements. To qualify, it must be the first year that the retiree does not meet the work test and they can only apply once.

The Work Bonus has increased by $50 per fortnight, to $300. This means those on the age pension can earn up to $300 per fortnight without affecting their pension payment.

Announced in the 2018 budget, the changes to the lifetime annuity means test are now in effect. Under the new rules, 60% of an annuity’s purchase price will be included in the assets test as opposed to the previous 100%. For those aged over 84, the rate reduces further to 30%.

Changes To The Pension Loans Scheme

The Pension Loan Scheme has been expanded to allow more aged pensioners to boost their income through a reverse mortgage. The amount they can withdraw per fortnight has increased from 100% of the maximum fortnightly pension rate, to 150%. Under the changes, applicants must still qualify for one of the eligible pensions.

If you’re unsure about what these changes mean for you – or you simply want more information – contact Edney Ryan on 02 9908 9888 or email wealth@edneyryan.com.au.